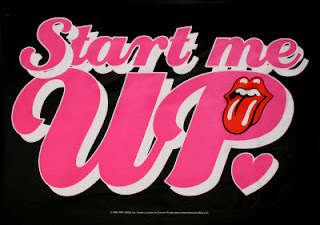 I've been guilty of lounging about sighing and wondering where my career is going. I do so many things: illustration, writing, wearable art, painting, comedy, running workshops, drinking good coffee...I have confused myself entirely. However I've never been an entrepreneur, so to add to the rabbits running around inside my head I signed up for the Wellington Startup Weekend figuring that one should never die wondering.

Three days before the event I got windy. no, it wasn't a case of too many beans or the capital's weather. I was worried that I couldn't add any value, that nobody would pick me to be on their team, that I wasn't techy enough, savvy enough, designery enough or young enough. It would be like being picked for a netball squad with everyone avoiding the short unfit one.

So this is how it went:

On Friday night we gathered at the BizDojo in Vivian St with a few beers and burgers. Dave Moskovitz ran us through what we'd be doing, how the weekend would go and what we needed to know. We played a game which involved brainstorming crazy business ideas in teams then doing a one minute pitch. This was pure fun and allowed for start ups of the most preposterous kind. Our team came up with Bear's Badgers; robotic programmable badgers that would dig you out of the rubble come the big one in Wellington. We'd promote it with a reality TV show hosted by Bear Grylls where buildings were blown up and the badgers are sent in. All extremely implausible and un PC, but we had ridiculous fun. I was thrown up there by the team to pitch it and found that my years of presenting on TV, to groups and schools and of course my foray into stand up comedy was incredibly useful. The feedback (after beer) was that people had no idea what we had come up with but they really wanted one!

Then came the real stuff. 47 people got up and proposed ideas for business and who they would need to make them come alive. The ideal team comprised designers, developers and marketers. I wondered at this point where an illustrator who has a way with egg cartons would fit in this mix. My skills with InDesign are limited, I cannot write code and I do not have an MBA.  You could go and join up with any person whose idea you liked the best and was looking for team members so that's what I did. I decided not to care too much that I was from the arts and crafts end of the creative world, but I did make sure the team had someone there with real design know how and I pulled in another one walking past just to be certain that I wouldn't be made to struggle with creating web page graphics in a program I bumble about in. Is that lazy of me? I don't think so- it's all about finding people with key skills. I still had no idea what I could contribute and figured that if nothing else I could bring the others coffee and 'know my limits'.

I can say with relief that I did not become the tea lady.

I'm going to spare you a blow by blow account of what we did and how we did it. If you really want to know how this thing works, join the next StartUp near you- travel across country to it if you have to. But these are some of the things I found myself doing:
Internet research on product and affiliation programmes, canvassing opinions from people on the street on facebook, by phone, calling clothing designers, emailing, texting, trying out competitors product... at one point this involved me stripping down to my undies in the corridor and using their webcam software to take my body measurements. Possibly the website is a have and I am now on YouTube somewhere exciting 80 year old men- I don't think I did much for the 20 something designers who happened upon me with my laptop on their way to the bathroom!

I found myself contributing to discussions and decisions about how the product we were developing should look and feel, how it might work in the marketplace, where the revenue streams might come from. These are the sort of conversations I avoid; I always just want to do the painting and drawing bits and leave the business stuff to suits. I found myself using words like Marketplace Validation and Minimum Viable Product and understanding what those things mean. We used the Lean Canvas which was invaluable and I shall forever use this as my template when coming up with any new idea that I want to promote and sell.

We had incredible mentors who sought us out, asked us the hard questions and told us how to get to the answers. A high point for me was that our pitch coach was Helen Baxter from Mohawk Media. I listen to her on Afternoons with Jim Mora and she is just as gorgeous and bubbly and smart in real life. I was a little bit star struck (and this from a woman who has been a television presenter for years). I'm not going to tell you what we pitched, because it's an idea that someone else came up with and may develop further without my continued involvement. It's his IP and as he's an IP Laywer (but a young very laid back long haired dude) then it's really best to respect that! But I CAN tell you that he and I pitched it together for the team. I did the first bit to engage the audience and outline the marketplace problem and he talked through the solution and product.
The hours were long and crazy (bed at 2am), the highs were high, the lows were low. The three days were a compressed version of what setting up a new enterprise over a longer period of time is. It starts with A Great Idea! lots of enthusiasm and a sense of 'We are going to take over the world/NZ/Wellington/Cuba St'. Adrenalin and excitement. Then comes research and seeing someone has done it or the costs will be too high and the revenue nil or simply that nobody needs or wants it. Then rehashing, pivoting, spinning and just making a decision goddammit! Then working like crazy to make a prototype and business case.

People came up with working apps, live websites and signed up customers- OVER A WEEKEND when it's hard to get in touch with anyone. The stops that were pulled out were incredible. One team even took on learning new programming to get their product out. When developers say they need 3 months...they CAN actually do it sooner (well maybe not totally scoped out!) We all can. Amazing things are possible with a dedicated team over a short period of time.

One site which touched all our hearts was NZ Cancer Supporters led by Nick White a cancer survivor to wanted to set up a network. They got 1050 members in 24 hours. Extraordinary courage led that one. They got the People's Choice Award. There were other incredible ideas and the one that won is in education and it is sooo cool if you see the word Questo sometime, then this is how it came about.

So, have I got a fabulous new innovative app or business I shall make my millions from and will I be featuring on the rich list anytime soon?
No. But what I did achieve was pulling myself out of the thinking that this economy is so f*cked and business is so mercenary that there is no room for an aging illustrator like myself in the world. I found that I can be useful, I don't have to do everything myself in order to achieve, my head is NOT filled with fluffy kittens, I know my shit and that there are many ways of skinning a cat. Market Validation? I got Fifi Validation, and that my friends, puts me on a rich list that has nothing to do with dollars.

What a woman!!!!!
Wish I could do half of what you do.
Inspiring.
love,
Sadhana