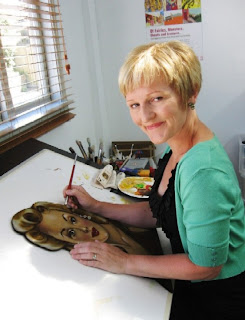 I’ve been to two inspirational evenings in the space of two days, which is pretty good going on the law of averages isn’t it?

The first was the launch of the NZ Post Writers and Readers Week. Well not really the main launch but more of a drinkies for people involved in it. My invite came because I’m running a kid’s illustration workshop called ‘Character Creating’ on the 14th March at Capital E. Gavin Bishop, Paula Green and Joy Cowley are my much loved colleagues on the day too. I can’t wait!

It was great to catch the lift to the 12th floor of NZ Post House. I’ve been up there before in different guises. As a stamp designer for the 1997 Christmas edition, as a judge for the 2008 New Zealand Post Book Awards, as a judge for the kids Christmas Stamp series in 2007, as a workshop host for festival organisers… well, it almost feels like home to me. NZ Post have been very supportive of so many artists in so many ways, so it was great to have a glass of wine and catch up with the people who make these festivals happen, because the wonderful line up of writers coming our way in March didn’t just get there all by themselves. I’ll be creating the spare time to go and see every single one of them…I’ll be the one they have to ask politely to move from my seat because I have been in the Town Hall for 6 days solid without a break!

The second inspirational event I attended was tonight at the National Speakers Association of NZ. I heard about it through Lawrence Green, the business coach and mentor I have been working with through the Business Centre here in Wellington. Lawrence is outstanding for getting your head to where you want your feet to go. We had him as a keynote speaker at the Spinning Gold Conference last year where he gave incredibly generously of his time and expertise.

The opening speaker at the NSANZ was Mark Blumsky who told the story of his shoe salesman to Mayor transformation with great presence, humour and love of Wellington, and the closer was the indomitable Billy Graham, who I was keen to be reserved about but ended up laughing and nodding with everyone else. He’s crazy, kind and a consummate entertainer with something to say. Different speakers with different looks, agendas, delivery and messages. I loved it.

And why were these two events over the past two days so inspiring? Because the first reminded me that leading a creative life is fundamental to my being and the second; that other people enjoy hearing about that, and how to get some of it for themselves.

I’m in the process of reorganising my creative world so that it not only keeps me satiated and my audience inspired but keeps my accountant happy too. To do that, I have gathered 3 teams around me to help me do that; one to advise me on a book I’m writing, one to help me design a web presence that does more for my business, and one to propel me further for speaking engagements. I’m planning to have things up and running by April.

Do what you love. Know your own bone; gnaw at it, bury it, unearth it, and gnaw it still.
And I found this from Golda Meir... The dog that trots about finds a bone. 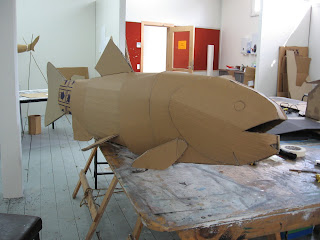 Last week, I ditched the weather in Wellington and headed off for Whanganui to attend their annual Summer School of The Arts . My good friend and fellow artist, Adele Jackson had been there on previous occasions and I was keen to give it a go myself. The timing was perfect, almost… I had a workshop to run at Te Papa for the Pompeii exhibition, making snake bands with kids, take down my velvet exhibition, throw it in the car and drive up to Whanganui- just in time for the evening BBQ after the first full day of the Michel Tuffery sculpture workshop.

I’ve found it doesn’t pay to arrive a day late- it wasn’t that everyone had already bonded, it was just that I found all the best spots in the studio had gone and I was left with just a chair in the middle of the floor. Luckily I’m not shy and daunted by being at the centre of everything. Besides I had Michel right beside me to help me wrestle with the large fish template we were all asked to make up. And what a nice man he is. Full of good humour, organised studio practice and flat whites for everyone, Michel took us through the art of sculpture with cardboard scavenged from home appliance stores, reinterpretation of the form, stencil making, graffing (not graphing which would be the accounting course), tagging (and obliterating tagging) and a high tea. Yes, cup cakes and sculpture were combined for a public event in the atrium and everyone enjoyed the fruits of our labour. I can’t say I did any cooking myself though there was a sugar craft course on offer at Ucol too which looked delectable.

The media is interesting though… word got out that some of the course participants would burn their sculptures as part of their artistic expression- an act that is explained in Thaw Nang’s blog post about burning sketchbooks. This prompted reports that effigy burning would take place as a mandatory part of the course. We had a small trail of students from felting and mezzotinting  workshops asking when the burning would take place and did we have to and how did we feel about that? ‘I’m not burning mine’ I said, ‘it took too bloody long to make and look at the glue gun burns I have sustained’. Mind you, there were times when it all sprang apart that I could have cheerfully flicked a zippo under it right there in the building.

When the burning did take place, it was a private affair for the students. We all took off to Kai-iwi beach with fish and chips, sculptures, petrol cans and cameras. It was one of those nights and landscapes that makes you deeply grateful to be in New Zealand. Four fish were lit and blazed in the dimming light and I suddenly got why people do this. It is about the temporary nature of existence, the absence of ego and the completion of an idea. Think it, make it, let it go.

As for me, well I stuffed my fish into the boot of the car to bring it home to my studio. I’m not quite ready to give it up yet, but when I do, I’ll let you know. In the meantime I’ve started writing some non-fiction about creativity, and in it I will be encouraging anyone, artist or not, to try taking themselves off to a summer school of art. You have no idea what you might discover. 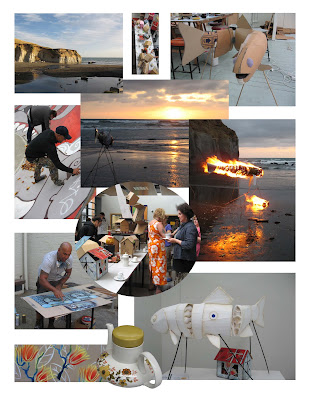 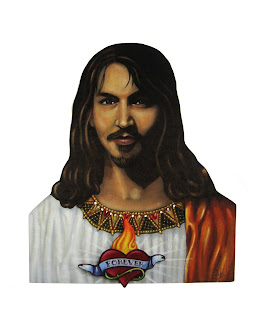 Hello, I'm back from lying about in the sun in Nelson for the holidays and was delighted to find that God's Gift, my velvet Jesus sold during my exhibition at the Deluxe Cafe (amongst others). The show finishes midday Sunday, and any velvets left will then be put up on my facebook page, so you still have an opportunity to look and fall in love with my art and then, perchance, buy it! After all, I do it for the love, but the money makes my studio pay...

More posts after I get back from the Whanganui Summer School where I will study sculpture with Michel Tuffery for a week. Cor! What a fabulously creative start to 2010! 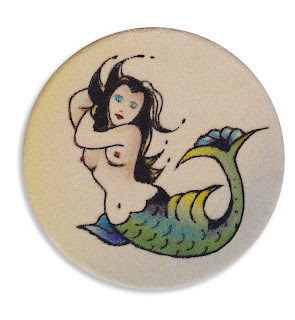 Posted by Fifi Colston at 12:11 am No comments: