The Hobbit and me

Yesterday I got to go to a cast and crew screening of The Hobbit. This is because I worked on the movie for a few months as a costume illustrator. I'd have loved to work for a few more but I had a book to illustrate, deadlines were calling and to be honest, the work that I was doing there was concept stuff and I was a tail-end-charlie, taking over from Ruth Paul (who also had another book to illustrate) and that part of the job was almost at an end. At some point the pencils are put down and the fabrication of costumes begins.

So I couldn't wait to see what had been done with Bilbo's dressing gown and jacket (over which we laboured many long hours getting the look and feel right on paper and computer before anything was machined up). Before I left 3Foot7 (Peter Jackson's production company) the first full dwarf costume was unveiled and it was simply amazing, so I was looking forward to seeing more.

I also looked forward to being critical, because by nature we are. We look to find fault more than we look for the good- especially when others are in the limelight casting shadows over ourselves. A nasty little Golumish part of me wanted to pick apart the final costuming efforts, the script and the film quality. When I was handed 3D glasses at the door I sighed because I hate 3D films for their unnecessary 'Coming at ya' effects and because they play hell with my progressive lenses. So I sat there among all the other crew with a glass of wine in hand, ready to disparage the film for all the things I hadn't done on it (but would have loved to). I put on my glasses, which actually were quite groovy slightly retro 50's sort of style and prepared to be bored by lengthy battle scenes , overdone FX and not nearly enough women in the movie (I'd read the book- there are precious few).

So, my verdict at the end of nearly 3 hours?

Gobsmackingly fabulous! I could go on and on about how brilliant Martin Freeman is as Bilbo, how disgustingly wonderful Barry Humphries is as the Goblin King and how everlastingly lovely Cate Blanchett is as Galadriel. But I won't, because I just want to say how enthralled, how delighted, how awed I was. The film was crystal clear and I forgot I had glasses on or that it was 3D. I was just there in the movie. The costumes were excellent, as I knew they would be, the digital work mind blowing the script and score thoughtfully and intelligently created...well you can see I'm a fan. The film lives up to the hype.

I can't wait to see it again. And I am very proud that in some infinitesimally small way I contributed to the process and in doing so Peter Jackson nurtured and grew my skills. He'll never know that but I thank him anyway :) 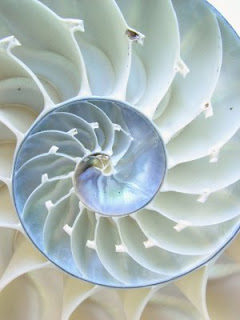 Almost 2 years ago I gave up my glorious space at the Production Village in Mt Cook and moved my studio home. Our son had left to go flatting (leaving a spare room) and having finished my work on The Hobbit movie, I was about to start work on illustrating a book which would earn me no income for a year. So, it seemed like a sensible move. I hate being sensible, but I was.

In that time I got not one but two books illustrated; The Red Poppy and Far Far From Home. I made a piece of wearable art; Vena Immaculata and made Wotwot puppets for Pukeko Pictures. Our son moved back home and we renovated the kitchen. I ran out of spaces to work and it's been almost two years of frustration keeping a dwindling work space tidy and the house free of art clutter. Despite loving creating things, I hate detritus around me when I'm not working. And...it's lonely.

My next big project won't keep me socialised either- it's another publishing project- a book on making Wearable Art; aimed at school students and for that I need space to fabricate things out of a variety of materials and photograph the process. That means lots of stuff lying around the place in various states of finish and that's something I don't want to live around 24/7. So, never one to dither when I make up my mind... I just have taken a space at Nautilus Creative Space in Owhiro Bay, a stone's throw from the beach on the wild South Coast of Wellington. I move in this weekend. It's a collective, a not for profit space and I can make as much mess in my studio as I like and meet a few new people. There is even a climbing wall if I want to do that. Better than climbing the walls at home.

Here are a few photos of the place, only 15 mins drive from home and plenty of parking. And given that I'm in training for walking a half marathon in May, plenty of scope for exercising along the coastline. The room is upstairs, a real garret of a place and in an earthquake or tsunami I will be toast (soggy toast) but I'll die happy :) 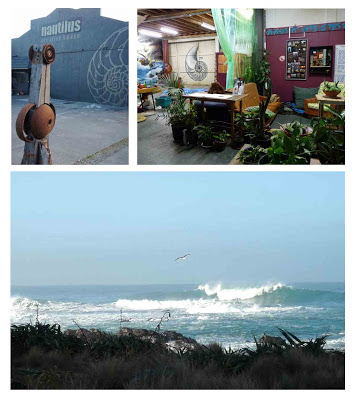 Posted by Fifi Colston at 6:26 pm No comments: