I have been remiss at blogging! All I can say in my defence is that 'I was busy Your Honour'. What with you ask? (or not, if you have given up following me)...
Wearable Art for one; the deadline is the end of this week and I have been very busy hand sewing things and creating an unholy mess in the lounge, dining area, kitchen and my tiny studio. The family will forgive me soon...
The other has been the ANZAC book by David Hill that I am illustrating for Scholastic. I had a wonderful week at New Pacific Studio in Mt Bruce over ANZAC and the following week to get to grips with the final pencil drawings before I put brush to paper and stylus to wacom tablet. Working day and night with only breaks for coffee and the odd poached egg on toast...bliss. Now how many other people can say that about their work?
I also went to the Spinning Tales, the Children's Book Writer's and Illustrator's Hui in Auckland, which was fabulous and reaffirmed to me just how lucky I have been to be traditionally published in this increasingly tough world. Times are a changing; exciting and challenging and I say 'bring it on!' even though it may be uncomfortable at first. At the Hui I sang for my supper at the Literary Feast with a rendition of 'Where the Wild Things Are' by Maurice Sendak. It was a sweded version and for those of you unfamiliar with the sweding concept, go here to find out more about 'Be Kind Rewind', the movie by Jack Black and the art of making something from whatever you can lay your hands on.

Such was the response to it and requests to see it again by those who didn't attend the Hui, that I reprised it at The Library Bar in Wellington one night for our WCBA Club night. Mike Bodnar filmed it for us under less than perfect lighting conditions and managed to edit out the waitress walking in with a latte for someone (and asking who had ordered it). All the props were made from egg cartons, paper plates and scrumpy bottles, and the claws were fashioned by the audience over a glass of wine prior to filming. Thankyou to the enthusiastic audience for roaring and clawing so marvellously! Instructions on making the claws are below. 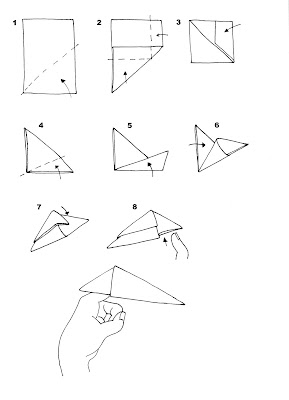 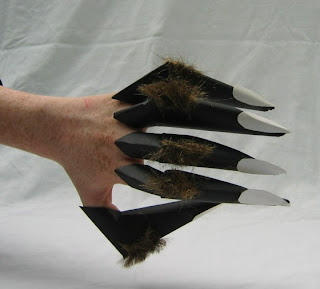 Posted by Fifi Colston at 2:26 pm No comments: