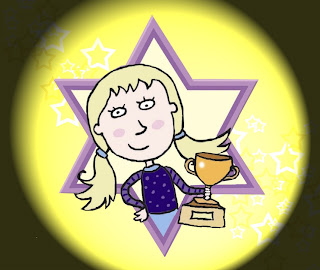 Here it is- my foray into movie trailer land- well book trailers to be precise. It’s to promote my new novel; Glory.

Making a trailer is quite a bit of fun, and I thought I’d share with you how I did it. To start I did a bit of a storyboard in my moleskine diary. This was a dozen or so thumbnails to figure out what kind of images I wanted to show. I also looked at Brian Falkner’s great book trailers to see what he did. Brian and I have very different subject matters we are dealing with; his is action/thriller and mine relationship/comedy so obviously I wanted different shots.

I downloaded royalty free images from the sxs photo library. I’ve used Photoshop to add to them- Queen Kong for instance (it’s pretty hard to find gorilla shots complete with lipstick and underwear). When I was happy with my images- some of them from my book cover (designed by the ever brilliant Vida Kelly), I googled about for a free movie maker. There is one that comes with Windows, but I found it kept crashing and tried Videospin instead. I found it quite workable. You can drag your pictures onto a timeline and add different transitions between them.

Next, the audio... my character Florence Bright is very fond of a track by a Pop Punk band The Screeching Weasels called Cool Kids. Now I was stuck with a dilemma- having bought the CD at one stage (o.k, o.k, it was my daughter that bought it), I looked for someone I could contact to ask if I could use it as the background music for my book promo. I kept coming to virtual dead ends, so decided to use it and credit them at the end of the video. Ben Weasel, if you ever find this article, contact me and I will give you some books! In the meantime, Florence, Haley and I love your music and play it with enthusiasm.

Videospin also has a selection of sound effects so I was able to add swan, cat and bird noises into the track. There are audio controls to you can change the levels, cut and paste and generally drive the family nuts with sounds of your editing. The cat was very confused by it all and kept looking at my laptop alternately with terror and delight.

Next- the voice-over, which I wrote with the superb input of my script editor, Maureen Crisp who had no idea she was one until I sent her a rough cut of my trailer. Being very close to your book has the added disadvantage of trying to put too much in there. Maureen pared it back to a suitable teaser. The rough cut had my voice pretending to be a 13 year old on it. Now I had to find a better, more authentic voice. Hannah Copeland, the very able daughter of a friend was persuaded and we did this over her dining table with my laptop, a skype headset and Audio Recorder for Free. I recorded it in one line chunks and pasted them into my audio track.

You can play and replay it back and change things about until it is done, adding titles and fades where appropriate, then click the option to make it into a movie and its done. I’ve posted it to You Tube and hope that it might make its way to a 12 year old audience somewhere. I’m still working on optimisation and I can see a few glitches, but for a first try and costing nothing but time, I’m happy! 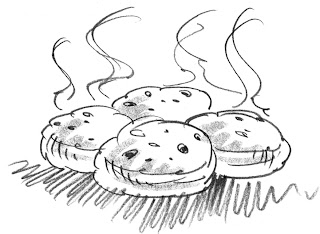 The link is working now! Sorry about that...go check out the scones!

It has been blowing and raining and the winter's recession is hitting our household budget.
So what better thing to do this Sunday when cafe brunches are out of reach, than to warm up with a delicious batch of freshly made scones, slathered in lashings of jam and cream (can you tell my Devonshire roots are showing?)

Now I am the worlds worst baker, but with Janie Olive's Disaster Free Scone Recipe, I assure you I am Queen of the Kitchen; a veritable Domestic Goddess! And you can be too.

Have a deliciously warm and cheap weekend!
Posted by Fifi Colston at 1:41 pm 4 comments:

I have just heard that my entry for this year's Montana Wearable Art Awards has got into show. Wow, that make 16 entries over um... 14 years I think. I can't show you my entry this year until showtime- otherwise it would spoil the surprise wouldn't it? But I can say it's in the Children's section. Thats all until September 24th- opening night. So if you haven't bought a ticket, go online now and find a seat if there are any left for the greatest creative show in Wellington from NZ's talented artists, performers and musicians.
In the meantime here's a slideshow of my past entries. I'm experimenting with free online stuff from Slideroll so I can make a trailer for 'Glory'. All I can say is from my writing and creating, is I am learning one heck of a lot about the internet! 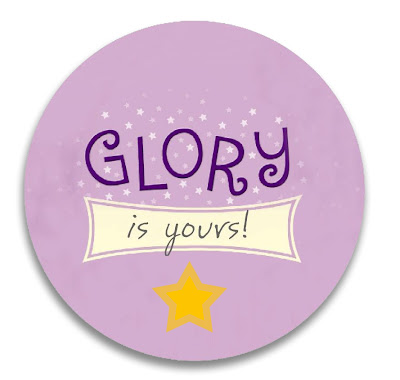 Well it was a tough one...
I loved the beauty contests, sad Ophelias, talking, singing and dancing your way to second place, all of you. None of you determined to miss out on anything again...
But Rachel, you get a copy of Glory because you fessed up about always being in trouble. Florence Bright gets herself in to a fair bit of trouble too, and she also find out what she needs to do to step up and get out of it. Happy reading!
Posted by Fifi Colston at 2:44 pm No comments: 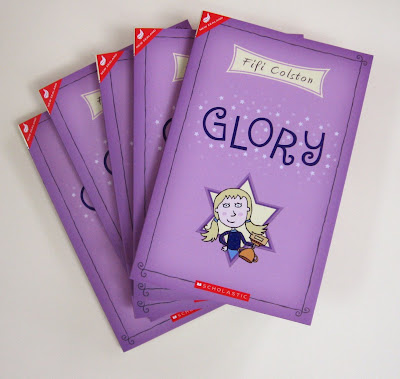 Well isn't it nice to get home and find amongst the bills, a package from your publisher with multiple copies of your book inside it? This one has been a long time coming and I have to say....I'm very happy with the result! Scholastic and I are launching 'Glory' next month at the Storylines Festival Family Day in Wellington. You will get the opportunity to make your very own prize with me through the wondrous medium of arts and crafts of which I am so very fond.

Not getting awards can be very motivating- if I had, for instance, got the 6th Form Art History Prize (instead of that other girl!!!!) I never would have written this book. What prize did you miss out on that has bugged you for months or years? I will give away a copy of 'Glory' to the most entertaining story of missing out- but you have to leave it in the comments box!
Posted by Fifi Colston at 5:38 pm 12 comments: