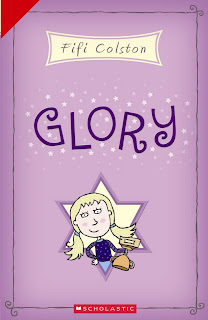 So the shortlist for the NZ Post Children’s Book Awards has been struck and my junior fiction novel is not on it. I had an inkling as such, because if you are shortlisted, you get a call from your publisher at least a day or three before. I know this because I was a judge for the awards in 2008. I learned a lot from that job; mostly that it’s one thing to write your acceptance speech but another to accept that you aren’t in the running, and yet another to make it not mean anything.
I have had many years of practice at this with awards, grants and residencies, and believe me, it does get easier. This year’s disappointment was eased completely by a large peach and coconut muffin from Floriditas. It took about two hours- one for the gut to turn and another to digest the baking. So this does show that I am indeed growing up, or perhaps just easily soothed with sweet things like a small child. Either way I am less likely to take myself off to bed for a week with disappointment, because I understand what I could interpret the situation as, lying there moaning piteously, I count the extra sales I could have made with the publicity and think of the Trellise Cooper dress I’d have maxed the visa card out for to wear on the awards night. Not to mention the rose petals strewn before me as I walk up the red carpet of Glory. I’m so damned good at speeches too…
But in reality I know the thing we make awards, grants, residencies and accolades mean is that our work is worthy and therefore we are too; because writers are so beset by doubt and we define ourselves by our work. Even the most outspoken masters of the trade plying their wares have quiet moments of despair- more often than you might think. One success just ups the ante… after years of submissions, rejections and rewrites a book gets published and yes!!! But the voice on the shoulder says ‘it’s no good unless it makes the best seller list’, so a big launch is organised and many copies sold for one night and yes!!! But then the voice reminds the author about the awards and maybe just maybe it gets there on the shortlist and yes!!! But then it needs to win at award night does it not? And yes!!! Elation. But what about the sequel/next book?
There is just no satisfying the inner critic is there? Your voice inside your head telling you your work isn’t good enough, or worse, that it is and everyone is blind or against you. The perfect pathway to anger, resignation and revenge. My book Glory deals with all of that. Florence Bright, the lead character is 13, she’s feisty and hell bent on setting the world to rights.
It’s the perfect book to go buy right now if you didn’t get that prize you wanted so desperately. It’s meant for 8-12 year olds but it’s a universally appealing story, written with humour and insight with a twist at the end. It’s had great reviews and is delicious; much like a good cupcake. And whilst you are at the bookshop, buy some other NZ authors work too. None of them need to have a sticker on to give you permission to invest in a good read!
Footnote: did you think you were going to see the list here? Nope- 4th March at Booksellers. Congrats all to my fellow writers and illustrators who made the cut!
Posted by Fifi Colston at 9:24 am

Yup - its just about enough to make yer brain curdle...