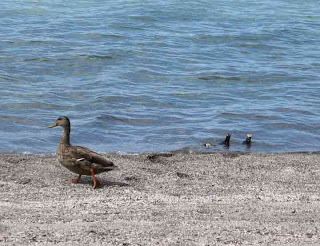 I wrote this article for Next magazine a couple of years ago and they paid me for it but never published it. Odd, because its usually the other way around! So given that I had done a bit of research it seems daft to have it sitting on my hard drive gathering pixelated dust. So here it is- its quite long so you may want to sit down with a cuppa, or a glass of wine and soak it up. I'm all in favour of relaxing!

A delicious read Fifi and I'm very surprised NEXT couldn't find place and time to publish - deserves a wider readership - such a celebration and observation of the power and restorative nature of female friendships. And what a homecoming you had. Hey, they missed and appreciated you. I have to say that I find my book club(s), yes gulp, plural, fill that GWA thing for me rather well each month, where we unite in our passion for reading, oblivious to the other roles and responsibilities in our life, although always there for each other, should our other life need an airing.

Ahhh, sounds wonderful. I've never had the pleasure of a GWA.

thanks gals, Vanda, you must organise one. A writers GWA perhaps? Went on one with Fleur Beale and others and it was great and useful and relaxing and fun and we even got some writing done!
Maggie- know what you mean by the book club- the WCBA fills alot of that function for me too. Women only group and we start the meeting by catching up with whats going on with our lives: work, kids, family... none of which gets written into the minutes.

That's so sad if you haven't had one! Terrific article Fifi - as I have fairly recently had one [especially good if linked to a common interest], I can reiterate the respect component. Sometimes the person who at first raises your hackles turns out to be an interesting companion - and just needed to assert her individuality.
The complication one often has to deal with apart from specific wishes and traits - is usually kept a secret. Yeah - snoring, aaargh. My group said they didn't think I was snoring at all despite my knowledge I do - I suspect I stayed awake long enough for them all to get to sleep!
Yes, bookclubs are a very good substitute and they are regular! You don't have to bare all but if something is bothering you or making you incensed or happy you can let rip. I have to say ours no longer worries about whether we talk about books or not - if anything is interesting enough it will be discussed! If it is not more interesting than [or equal to] food, wine, movies, human foibles, the education system, the health system, offspring, partners and the gummint then it deserves to languish in obscurity.
Bookbrainz