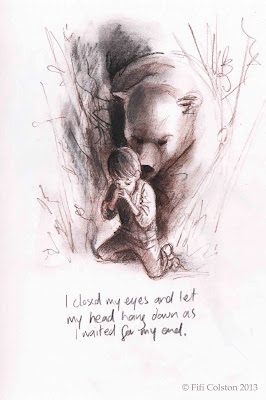 I have a friend who says 'Things will be different next Tuesday'. It's her maxim for life and I remember it when things are tough on Thursday.

Last week was my weekus horribilis creatively; New Zealand Post Children's Book Award shortlistings do your head in, no matter how resilient you think you are. So I'm very pleased to say that on Saturday, The Red Poppy made the Storylines Notable Book list; we have not been forgotten.  I didn't really think about how great that was until today, because Sunday was spent in a state of anxiety with our son's impending surgery. He is 22 and needed a rib removed- not for any aesthetic reason as Marilyn Manson was rumoured to have done, but because he had an interesting condition called Paget- Schroetter disease or Thoracic Outlet Syndrome that caused some worrying blood clots last year. There is always a risk with surgery, but I'm happy to say that he had it yesterday and has come through it beautifully. Tuesday has arrived and here we are, looking forward to next week.

Whilst waiting for him to come out of the operating theatre I finished the book I was reading. Melinda Syzmanik's 'A Winter's Day in 1939' (Scholastic). It is a superb and haunting tale based on her father's own history. It's the story of Adam, a 12 year old Polish boy whose family are transported to work in Soviet labour camps during WW2. There is a particular scene in the book that stayed with me. It was a metaphor for me for the way I was feeling on Monday; small and helpless whilst danger sniffed all around; praying that death would leave and hope would be restored.

I find drawing a calming thing in times of stress, and drew what was there in my head from Melinda's words. The pencil was in my hand before I had a chance to refuse it. I can draw anywhere and a hospital waiting room is no exception.  I'm not often compelled to draw scenes from a novel, but the images she evokes are so vivid I couldn't help myself. A Winter's Day in 1939 is being launched in Wellington on Saturday at The Children's Bookshop in Kilbirnie at 3pm. I don't think anyone will mind if you pop along and buy a copy. Least of all you. 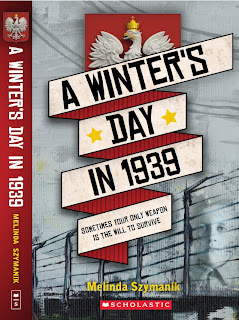