The RWC and me 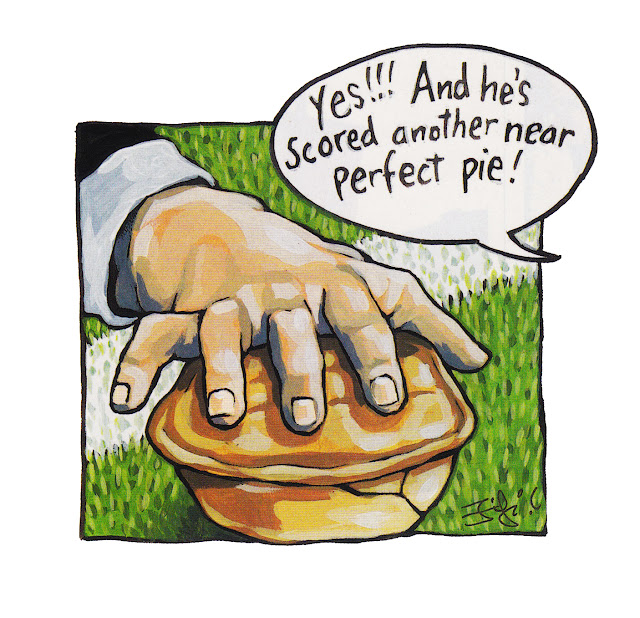 I've been slightly caught up in the RWC in a very peripheral way. I care about Dan Carter's groin (who doesn't?), I'll be gutted if the All Blacks don't win, I was amazed at Ireland beating Australia. I even made some rugby crafts for the Good Morning Show (pic below). But I think my general view of rugby as a whole is best summed up by this poem I wrote for Next Magazine some years ago...

When I was but a little lass,
And rugby ruled the nation,
I holidayed in Hastings
With a pen pal on her station.

One night we were awoken
With excited urgency,
And dragged into the living room,
Where sat a large T.V.

Around it men were crowded
With smokes and jars of beer,
All yelling 'Get the boot in'
To a fullback at the rear.

My eyelids drooped as I sat down,
But the women pulled me up
And showed me to the kitchen,
Where we did the washing up.

We also buttered forty scones,
And heated up steak pies,
Then made a batch of pikelets
Whilst the men scored armchair tries.

So I never really did become
A big fan of the game,
The sport itself is fine, I'm sure
...it's the cooking that I blame. 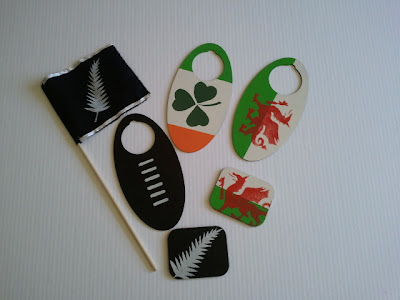