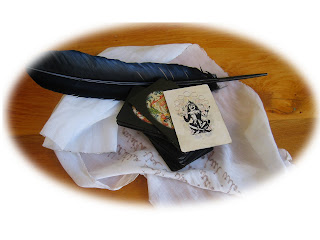 So with a third novel done and dusted I am turning my thoughts towards the unfinished YA novel I have sitting on my hard drive. I blogged about this last year with ‘Write a Novel in a Week’- which is of course impossible, but I did write 30,000 words in a month…and then went to the osteopath. He must have done a good cranial manipulation because I forgot I was writing anything at all and in my usual highly distractible way, turned my attentions to painting velvet, conference organisation, Wearable Art and making book trailers. But with those things in hand and thinking about October (my life after the conference and WOW) I’ve had a gnawing thought at the back of my mind that maybe I should rewrite my 48,000 words in first person, ditch the paranormal element and avoid the blended family and gay parent references. So I dragged up the file from the depths of my ‘Writing and Publishing’ folder and had another look. I found strange words in front of me; whole chapters that I had forgotten writing. Was it a case of Being Steve? Stephen King wrote a lot of novels he couldn’t remember whilst completely stoned. But given that I cannot so much as drink a glass of wine without incurring a vicious migraine these days, I think not. And far from being completely cringed out by my efforts, I was quite intrigued. Its like by walking away from my characters for half a year, they have continued living their lives and I have just dropped by to visit. I think I’ll pop in again and have a cuppa with them- if I’m cool enough for three teens grappling with pressing issues …

‘What was all that about shuffling your cards anyway?’ said Jono, picking at a bit of cone still stuck to the sofa arm. Becka hesitated.

‘Sometimes stuff happens when I play them. Shuffling seems to stop it.’

‘What, like the fortunes?’ said Jono remembering secret loves and square boxes, ‘I thought they were just fun stuff, you know, co-incidences. They’re not some kind of occult shit are they? I hate that stuff.’

‘No, no’ said Becka, ‘nothing like that. I’m sure they’re absolutely harmless.’

‘But I keep seeing things,’ Evie broke in, ‘like ghosts and creepo people. It didn’t happen until Becka got those cards. I thought I was going mental.’

Becka pulled the deck out of her pocket and fanned it out. Moonlight shone though the window of the shed, landing on the upturned faces of the cards. The joker was less bright despite the glow.

‘I think you should chuck them away,’ said Jono, ‘trash ‘em.’

‘No!’ Becka cried, ‘I think they are important,’ she stroked them, ‘and quite beautiful in a way too.’

Jono stood up, his frame filled the window, a silhouette of disgust, ‘if you don’t ditch those cards Becka, I can’t be around you anymore.’

‘But we’re family!’ said a desperate Becka, still holding the cards, caressing them.

‘Not enough to include those too,’ said Jono. He opened the door and walked through it into the night.

Trust you, Fifi, to find another project like that with the other one still warm from the printer... This YA novel sounds v. interesting. But how about that other 'G' novel of yours ... the adult one.... ?

oh yes, the old chook lit!
hmmm, so many books to write, so little spare time to write them.
I think I need a new patron. My current one is unemployed which leaves me in the income generation seat once again...

Hey! Nice blog:) I think it'd be pretty cool to leave in the gay parents thing. I know six different families with two mums, all friends of mine, so it's hardly uncommon, but I have yet to read a YA novel that has gay parents in it! Don't know if that's enough reason to keep it, but I think it'd be awesome.