Fifi works on being generous 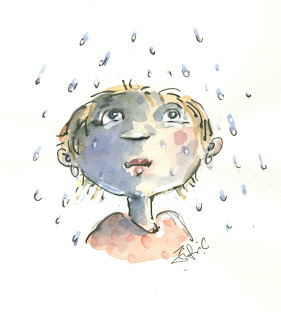 This morning, the letterbox yielded up the CNZ letter so eagerly awaited and just as much feared for its contents (will I be saved this time?). I have tried to put it from my mind, the letter. I didn’t mark in my diary when it would arrive and I very nearly succeeded in forgetting about it, except that fellow writers e-mailed and texted over the last few days; ‘When’s it due/ Do you think we’ll get lucky this time?’ they pestered and worried, picking at the funding scab and making it bleed for days. Damn them and damn me for joining in.

I reflect back to the days when I had no idea there was even such a fund. Happy, naïve times when I thought that writing was actually self funding by its sales. After the first royalty cheques I wondered how New Zealand writers ate and figured they must have written at least 60 books each to make any kind of a living. Then I was shown the magical door; Literature funding from Creative New Zealand. Grants which enabled NZ writers to write. What a concept! How fantastic. I was in like Flynn.

Six unsuccessful applications later, I stand with my seventh in my hand, in its CNZ marked envelope. Getting a grant means many things to the recipient:
The writing is good, you are a worthy author, you have been acknowledged, you can pay some bills and not have to seek out other crappy jobs to pay for them which take you away from writing. You can pay your provisional tax, the world is a wonderful place and you can afford to be generous of spirit to your fellow writers.

So I open the envelope; me, who donates much time and energy to the world of Children’s Literature for free, me who does have two real novels published by a real publisher and another due out next year, me who passed with Merit in her MA in Creative Writing from the IIML, me who was a judge of Children’s Literature, me who thinks she has paid her dues and her time is due. Me who quite possibly thinks she is far more talented than she is. Me who has tax bills (on what income for Gods sakes?) to pay. I read the results. Crap…
Posted by Fifi Colston at 12:37 pm

Dearest Fifi, You absolutely did deserve a grant and the world is a worse place for your seventh (?) CNZ rejection.

I know children who melt at the knees when I say I am your friend, who watched you drawing fish at the Storylines Festival and said they had the best day ever, who just ADORE Janie Olive and desperately want there to be a sequel, who see you on TV making peg dragons or paper plate fish and think you must be the most fun adult around, who wait to see what you're making each year for Wearable Arts (and that's not just children), who've had you visit their school and felt afterwards that they could write or draw better or make something to wear out of toothpicks.

I am not making any of this up. These are real children. My friend's son was the one who watched you draw fish, he watched for well over half an hour and said to his Mum (clutching one of your fish to his chest) 'I had the best day ever.' My god-daughter Daisy loved loved loved Janie Olive. I know stacks of other children who get excited when I say your name.... And on it goes. Your work makes children happy, Fifi,and adds meaning to their lives. In a parallel universe you would be a very rich woman.

Blown away by the new submission policy at Scholastic. need wine. And chocolate. Lots of chocolate. And wine.

I can't believe it. But, selfishly (and for the good of my expensive taste in wine), I'm still hopeful that wot I did somehow appealed to the judges. Will know maybe tomorra if the mail got through wot with the thick fog which enveloped Dunners mid afternoon.

As an aside, and I know this is no compensation Fifi, your writing is good (bloddy fab in fact), you are a worthy author, I always acknowledge you 'she's my friend *grin*; I know her *grin*.

But, my adoration of you will not pay your bills or be responsible for making you feel generous toward fellow authors.

Mmmm. Inspired by your blog I have looked up old CNZ grant lists on their website - do you know one author received $62,000 over a three year period in three seperate grants? Does anyone know if the committee get to see what previous grants have been allocated or do they treat each application as new? I am surprised at the number of names receiving repeat grants for quite big sums of money - the rule seems to be: apply in the July round, don't say you've had a grant before if you have been lucky enough to do so, and ask for lots. Likewise, no luck myself - can't you tell?!! At least you're in excellent company.

Ah yes... I have noticed that one myself and if the person is funded again to...lets say, to finish the end papers to that project, I shall thinking that somewhere in this scheme, something is very wrong.

So, here's the thing. The hubby and I had to go to the bank today to ask for more money. Look, I know. If we sold all and migrated to Huripapa, we would be wealthy. Trouble is, we are committed to our kids who, as it turns out, are bloddy gifted and need to be somewhere central. Dundedin is the least expensive central place in NZ.

Learning that Fifi, Vince, Vanda, Ruth and myself were unsuccessful makes me question the 'fairness' of these grants. Come on guys. How can it be that a dude gets 62,000 to write/finish a graphic novel but there is no novel produced????

What do the arts community want for its creators? Cos, if you give us nothing, we can only give you nothing. Wine taste, not withstanding, I'm peed off for those in the fellowship.
Tania Roxborogh